Congratulations to the Graduates of Class 46!

Home > learn to be a dog trainer > Congratulations to the Graduates of Class 46! 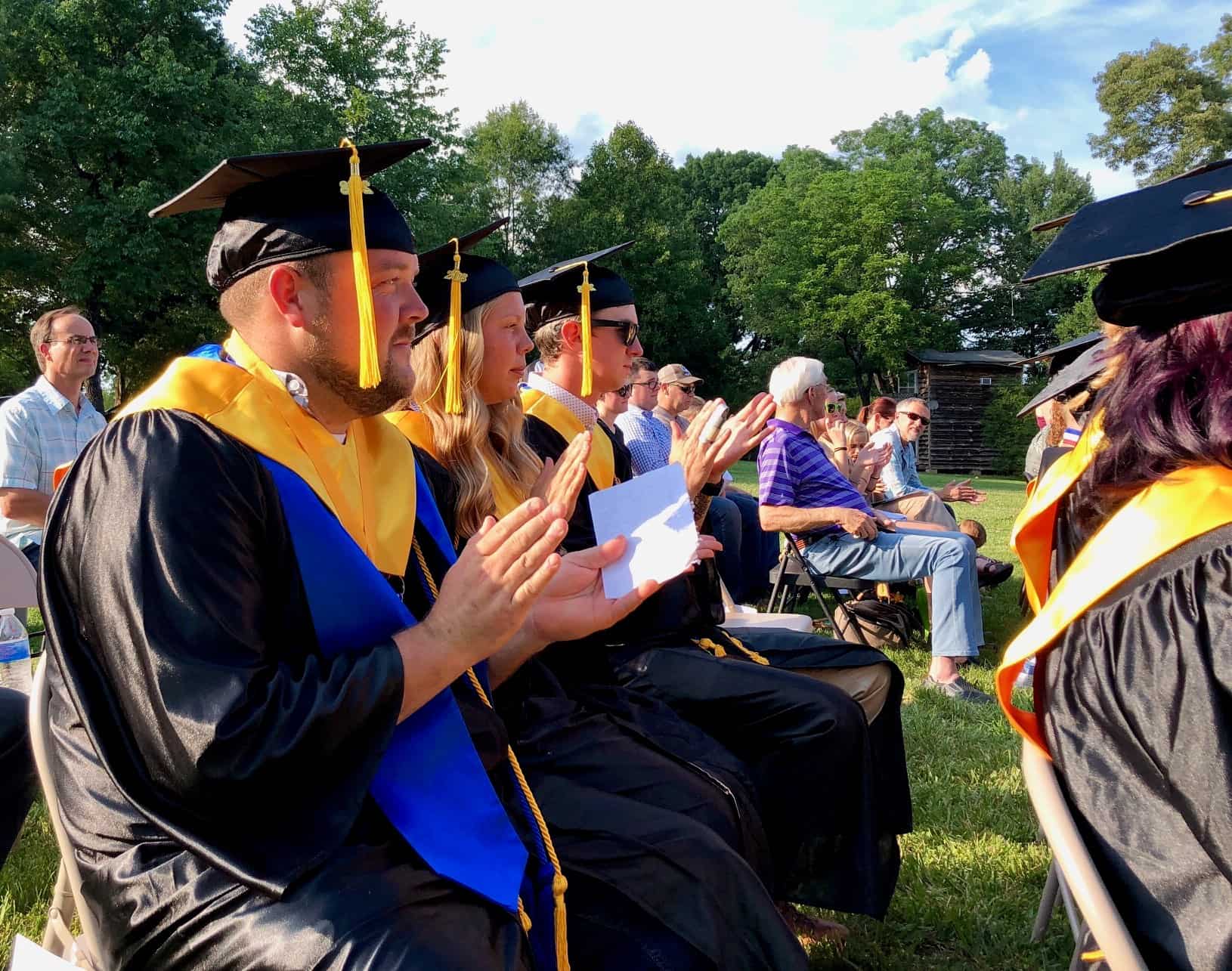 Congratulations to the Graduates of Class 46!

The day has come. The graduates of Highland Canine School for Dog Trainers gathered inside the classroom, putting on their gowns and congratulating eachother. Outside, their friends and family members arrived and found their seats, eager to celebrate the accomplishments of their loved ones. Over the course of the past six months, the graduates of the Master Trainer Program at Highland Canine Training School for Dog Trainers have learned to teach complex behaviors, build their own dog training businesses, create rehabilitation plans for severe behavior problems, work with clients of all types, and more. Months of lecture, real-world scenarios, and hard work has prepared these grads to take their education on into their careers as dog trainers.

An overwhelming amount of emotion could be felt throughout the ceremony as this group that has been together for six months sits together for the last time as students. Their instructors give their final lectures, except this time it’s not about dogs; it’s about the pride they felt being able to present this hard working class and words of encouragement as they set out to face the dog training industry head on. Some moments were filled with laughter, such as when Erin Purgason, owner and instructor, read out a hand written poem of inside jokes to the class. Other moments were inspiring, such as when the guest speaker, Dr. David Adebimpe, DSc., PhD., CChem, MRSC, discussed how drastically his life was affected by his entrance into the dog training community. Then it was bittersweet as goodbyes, hugs, and handshakes were given. 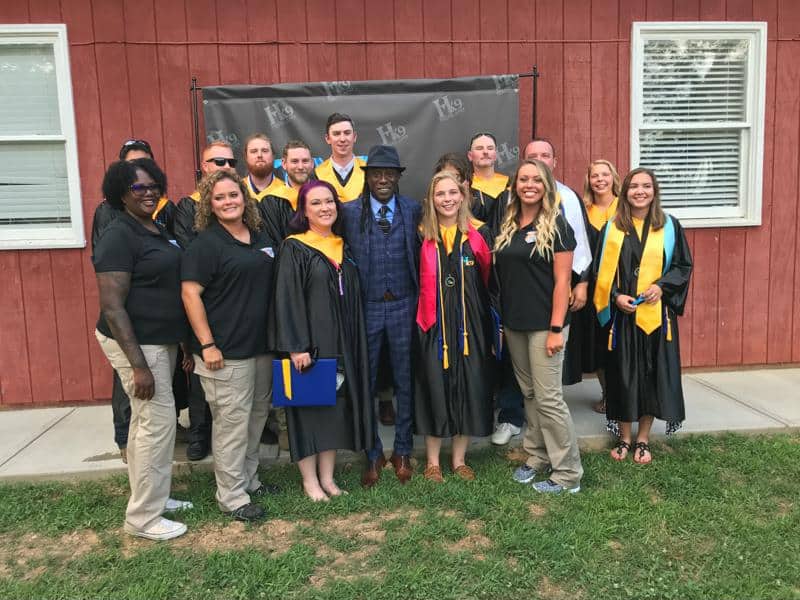 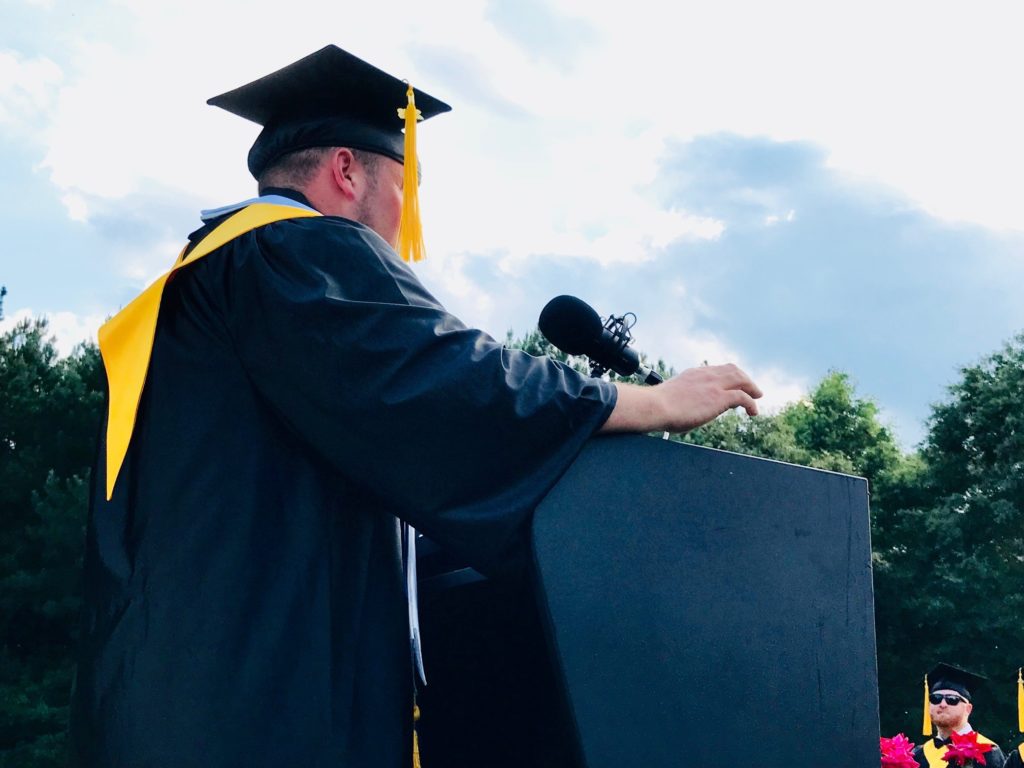 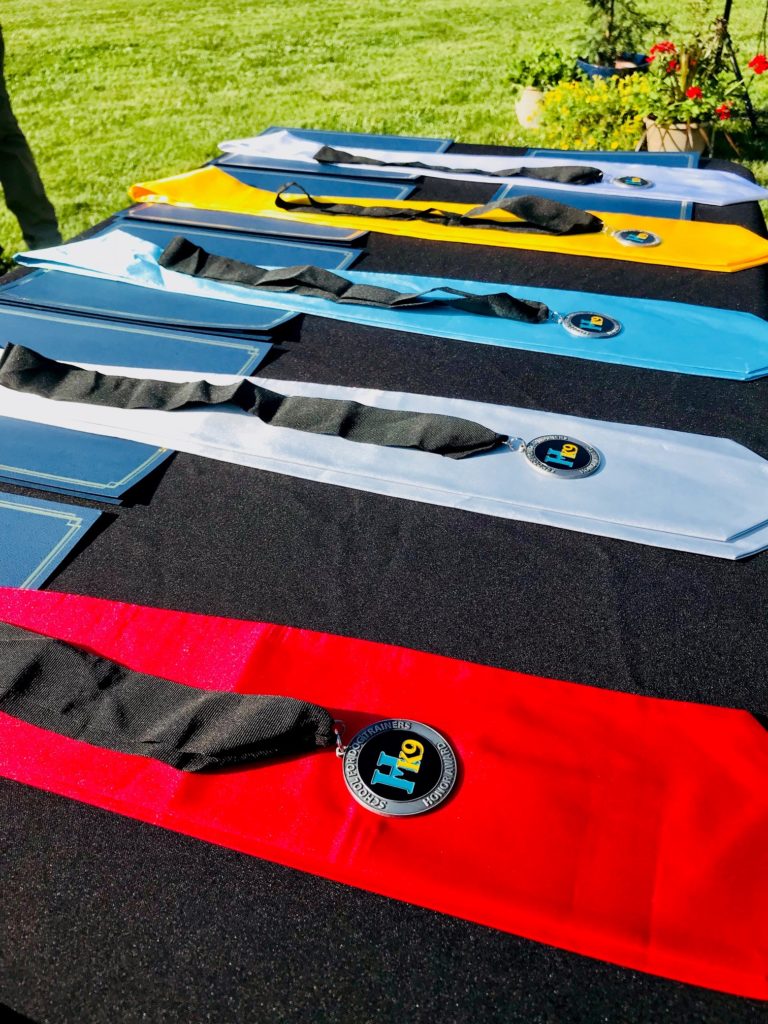 Congratulations Class 46 of Highland Canine Training School for Dog Trainers!! We applause your hard work and dedication over the past six months and can’t wait to see where your futures in dog training take you. Whether you are applying for a dog training position or starting your own business, the staff of Highland Canine will be applauding your success.

If you have any questions regarding our school and the programs offered, please give us a call at 1-800-726-7412 or email us at learntotraindogs@highlandcanine.com. Check back in for updates after graduation!