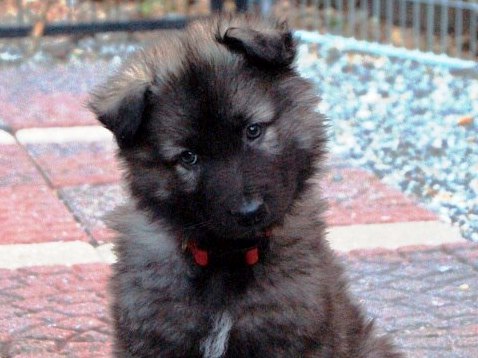 Understanding the first several weeks of  puppies’ mental and physical development is an important part of learning to work professionally with them.  The rapid growth which takes place during the first twelve weeks will have a lasting impact on the dog’s entire life.  It impacts the way they interact with other dogs, people, and their environment.  It can effect the way they behave around food, toys, and other resources.

Week Two of our Canine Training and Behavior Modification Professionals course is dedicated to learning all about this important period.  Lectures center on pre- and post-natal puppy development, and continues through the juvenile, adolescent, and adult stages of life.  Students have an opportunity to learn more about each of these stages, and how it can impact the dog’s training and motivation.

Students from our last cycle witnessed the delivery of new puppies, and observed the mother in her care of them during their first two weeks of life.    At the end of Puppy Week, students this cycle were able to observe that same litter at five weeks old.  Students noted a number of things about the puppies:  they slept, ate, peed, and pooped with limited periods of play and interaction with each other in between.  Students were able to identify traits related to temperament beginning to develop.  Some puppies were outgoing explorers, while others were hesitant to explore the unfamiliar space.

A puppy that is removed from its litter too early can develop serious behavioral problems when interacting with other dogs as an adult.  It misses out on vital socialization experiences in which it learns how dogs communicate to one another and in groups.  It misses out on corrective actions from its mother, and it misses out on lessons of bite inhibition with other dogs.  Two weeks does not seem like much time to make a lifelong difference, but a puppy removed from its litter at six weeks will be significantly  delayed in its social interactions with other dogs than will the dog removed at eight weeks.  What took two weeks to learn among litter mates and mother, takes months to rehabilitate and learn later in life.

Likewise, a puppy that is removed from its litter after twelve weeks can experience difficulties in socializing with humans.  Spending too much time interacting only with dogs during this important period can make a dog nervous or uncomfortable with human interactions, and these puppies may have difficulty bonding with their human families.  It can take several weeks or months to develop trust with a puppy who was allowed to stay with its litter for too long, and one can expect to put in extra effort to socialize the dog to new people.  As with the puppy who was taken too early, this dog may also experience difficulty socializing to dogs outside of its immediate circle.

Good breeders understand what puppies and dogs need in order to be successful members of our society and families.  It is important to select a puppy from a breeder who takes the time to properly socialize and care for the litter.  However, many people are unaware of this critical period of life, and may not select a new dog from the best breeders.  They frequently seek professional assistance to help them with problems their adult dog develops without understanding how or why these problems may have developed.  Our School for Dog Trainers teaches students how to rehabilitate and work with dogs that have been under-socialized, kept with their litters for too little or for too much time.

For more information on our School for Dog Trainers, contact us at 866.200.2207 or via email at training@highlandcanine.com.