Why Dog Trainers Must Communicate Effectively With Dogs AND Their Owners 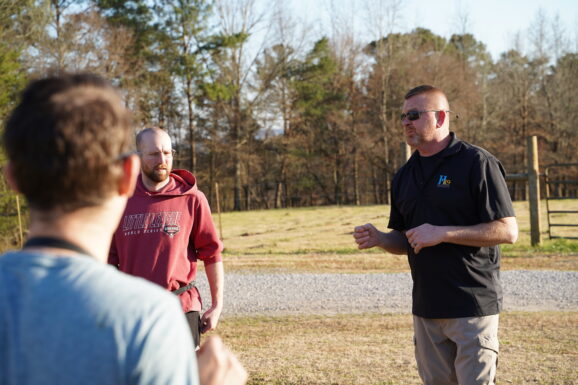 Why Dog Trainers Must Communicate Effectively With Dogs AND Their Owners

What is the most important skill you need to possess to become a successful dog trainer?

Of course, the most obvious answer to that question is “being able to train dogs”. If you lack the education and experience to fundamentally understand canine behavior and how dogs learn, your career as a dog trainer may turn out to be a short one. A major reason why students attend our programs at the School for Dog Trainers is to gain that important knowledge, enabling themselves to be able to work with a wide variety of dogs and ultimately achieve results for their clients.

However, there is another aspect of being a successful dog trainer which is often overlooked. When working with pet dogs in particular, you aren’t just working with the dog – you have to be able to work with their owner, too. Whether you offer Board and Train programs at your training facility, or private lessons in client homes, being able to effectively communicate training concepts to dog owners is vital to ensure that the training is maintained after your program is complete.

Effective communication isn’t just about teaching the owner how to keep up with the commands the dog was taught in the training program, though. In some situations, it is also about advising the owner when they are the culprit – and explaining that their own behavior is actually contributing to the behaviors they are trying to eradicate in their dog.

In this article, we’ll look at examples of behaviors which dog owners may unintentionally reinforce, and outline some successful strategies for dog trainers to deal with this situation. 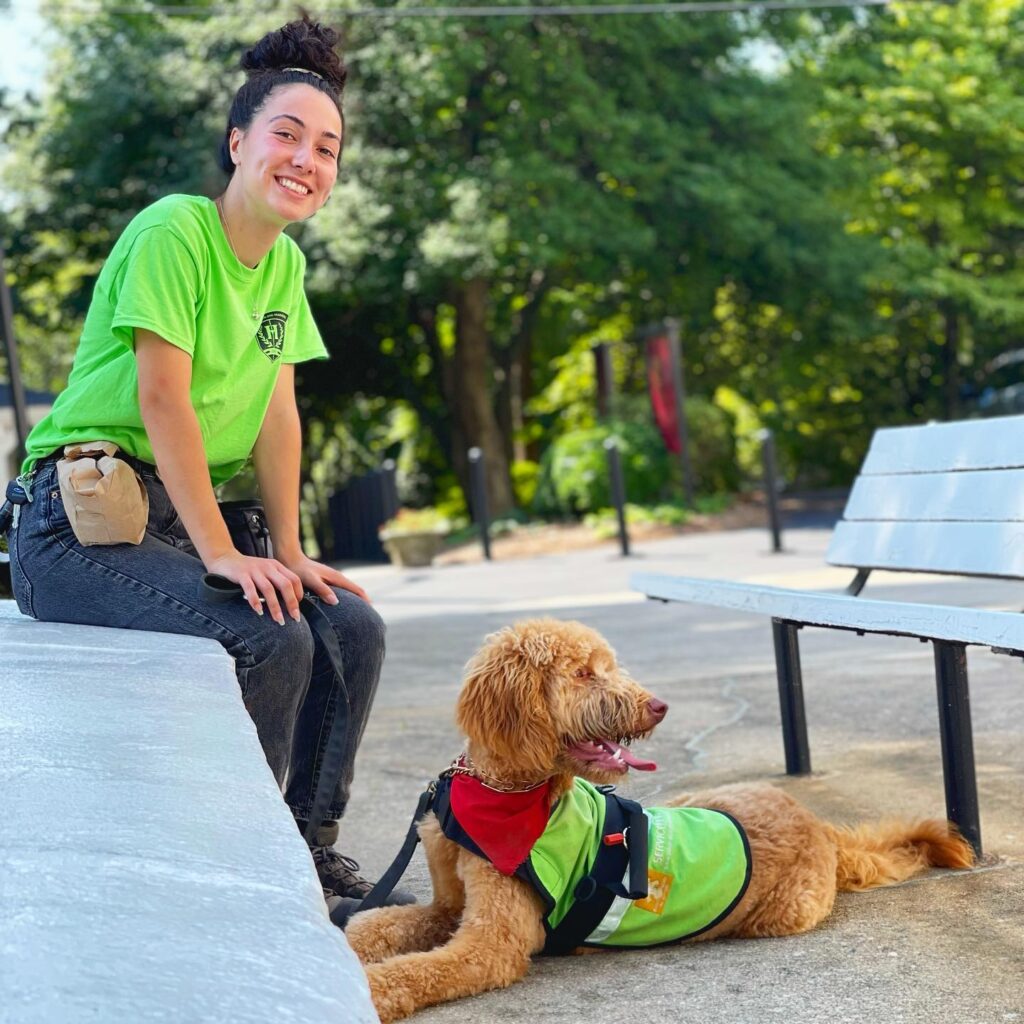 Examples of behaviors which dog owners may unintentionally reinforce

During an initial evaluation with a dog trainer, an owner will typically describe the frustrations they are encountering with their dog – and what their desired outcome is from the dog training program. At this point, the trainer will often observe how the dog behaves, and formulate a training plan to help solve the issue.

For seasoned dog trainers, it’s all too common during these observations to witness how owners unintentionally contribute to the very issues they are seeking to change. Corey Archer, Training Director at our Southeast Campus, has provided professional dog training services in Alabama for almost two decades. Corey explains some of the behaviors that he often sees being unintentionally reinforced.

“Over the years, I have learned that pet owners will unintentionally reinforce all kinds of behaviors – and they don’t understand why the dog continues to exhibit the behavior.

Some of the most common examples I have seen are:

Offering the dog some affection at the wrong moment, or giving in to them at the wrong time, will greatly increase the occurrence of the behavior which is causing frustration for the owner in the first place.”

Jesse Schreck is a graduate of the School for Dog Trainers and the owner of Pawsible Solutions, serving Maryland and Virginia. Jesse outlines an example he encountered of an owner reinforcing an unwanted behavior.

“I had a client a while back who had adopted a five-year-old Golden Retriever,” explains Jesse. “The dog had a problem with yanking the leash from his owner and walking himself. He learned that if he tugged the leash, his owner would tug back – it became a game for him, so he just kept doing it, and she fed into it. The game had gone on so long that it became a habit for him, so she would hold the leash in his mouth or pull it from her.” 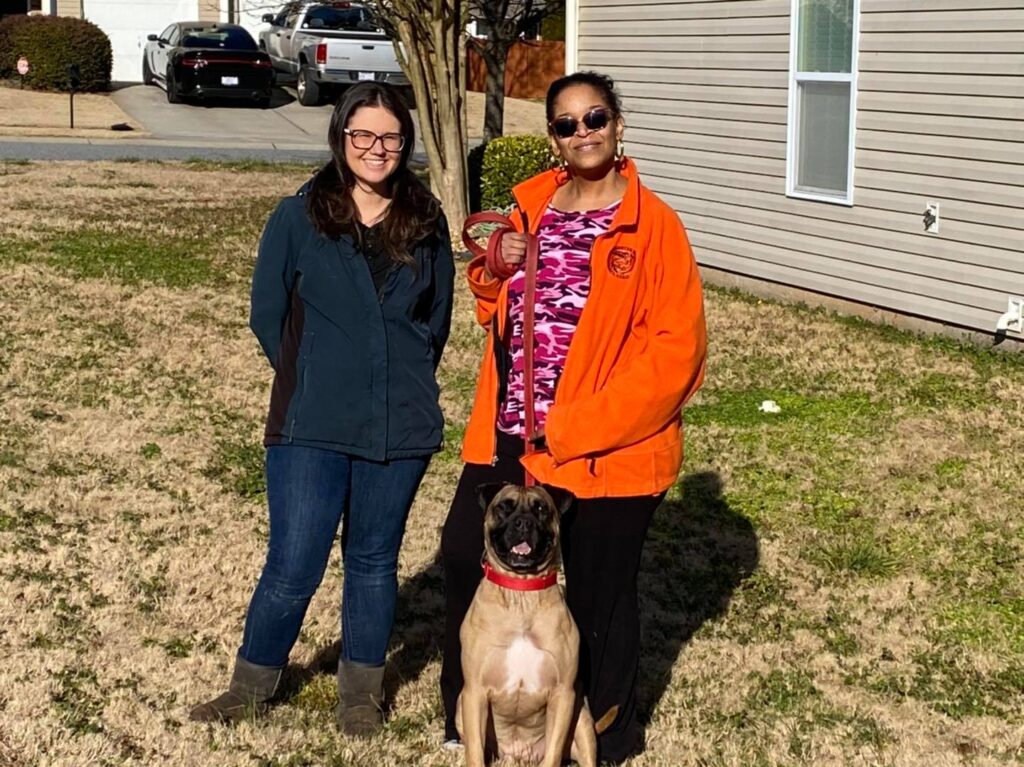 How to approach the resolution

In Jesse’s situation with the owner of the Golden Retriever, he explained to her how she was contributing to the issue.

“I had to sit down with the owner and talk with her,” says Jesse. “I had to explain to her that she had helped to create this behavior by feeding into the game he had created. By allowing him to play the tug game and letting him win, the dog learned that all he has to do is outlast her and he gets his way.

Initially, she was shocked that she created this problem, as she thought he was just a bad dog. She was relieved to know that he wasn’t a bad dog, and in fact, he was a smart one – as he had figured out how to elicit something he wanted from her.”

As Corey explains, communicating with clients in this scenario is a balancing act.

“Communicating the fact that the owner is the problem can be a challenge  I have found that being very blunt about the issue is the best way to let them know that their actions are making things worse. However, this needs to be done in a polite manner, not a degrading one.

The best way is to observe the owner with the dog, and point out to them what they are doing wrong in the very instant that it occurs. That way, the owner can understand exactly what you are trying to explain to them.

We sometimes set a dog up for failure in order to help correct unwanted behaviors. I have found that doing this with the owner (in a polite but blunt way) works equally well.”

Over time, dog trainers may learn to adopt different approaches in different situations. It may change depending on the severity of the situation and the personality of the client they are dealing with.

“I have learned to approach these situations differently based on the issue,” says Jesse. “Sometimes I can approach it using humor and joke around a bit – and then slowly work the ‘you kind of did this’ message into the mix.

Other times, for more serious issues, I try to be a bit more gentle. I use a method of talking about something positive, then bringing in the part about them causing the issue. I follow up quickly with a solution or something that could soften the blow like, “don’t worry, you’re not the first to do this”, or “it’s okay, I understand how this could happen – but we can fix this.”

It can be tricky approaching this as you don’t want to make the individual feel bad, but you also want them to understand that they need to change to help their dog.” 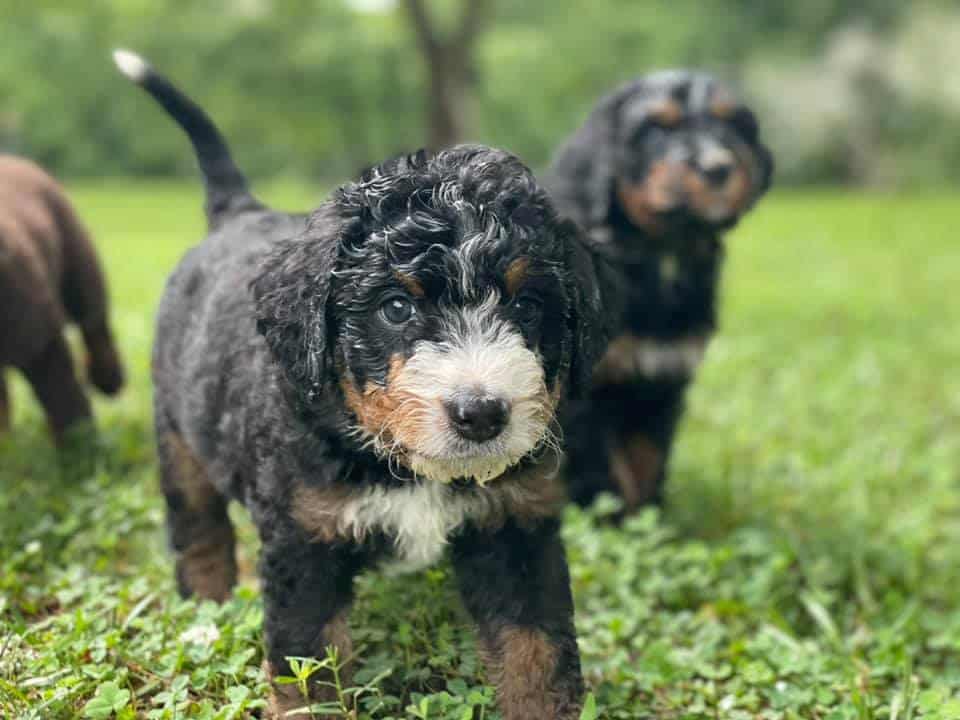 Good communication is vital - with both dogs and their owners

As we’ve outlined in this article, dog trainers don’t just need to communicate effectively with dogs. That is only half the battle. They also need to be able to clearly explain to dog owners what the resolution entails – even if it involves the owner changing their behavior, too.

“It is incredibly important to be able to communicate effectively to the human as well as the dog,” says Jesse. “I cannot tell you how many times I have had to talk to clients more than I spend time with their dogs. 75% of my job is talking to clients, and the rest is dealing with the dog.

Being able to effectively communicate with a client has made a world of difference. It makes my job easier. If you only know how to communicate with the dog and struggle when it comes to people, you will have a very hard time being successful. Sure, the dog might understand what you’ve taught them – but if you can’t effectively teach the client how to maintain it, everything you just did was for nothing.”

The final word belongs to Corey. He now uses his experience to not only help the dog owners he works with in Alabama, but to help the next generation of dog trainers who attend the Southeast Campus at the School for Dog Trainers. Learning how to interact with clients is just as important as working with the dogs themselves.

“Being able to communicate with clients is an essential part of being a good dog trainer,” explains Corey. “Training the dogs is the easy part. This is something that I have struggled with over the years, but over time, I have learned that being able to explain and demonstrate what you have taught the dog to do is essential.

Patience is the key. I have been working with dogs for over twenty years, and I have to remember that most clients do not have that experience. I have to slow down and walk them through whatever I am trying to teach them step-by-step – a bit like we break dog training into Successive Approximations.

Honesty and being very clear on whatever the situation is, for me, is the best policy.” 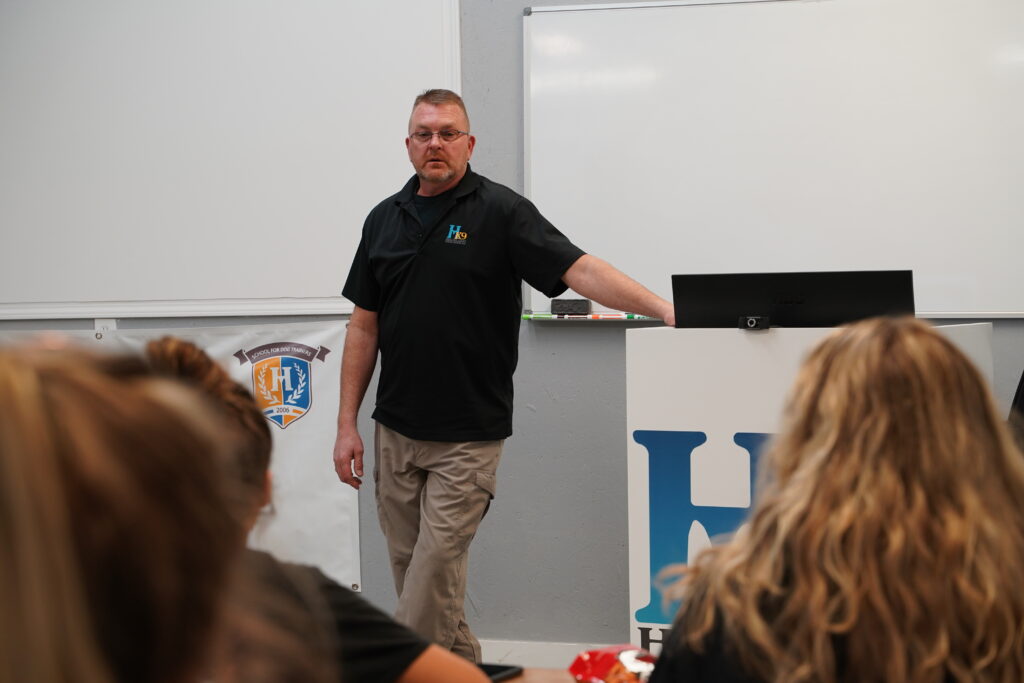 As we’ve discussed before, becoming a dog trainer is more than just playing with puppies all day. It isn’t a job you should take on if you ‘don’t like people’ – after all, dog training requires a mixture of interpersonal skills to be able to effectively communicate training concepts to clients.

Honesty, clear communication and diplomacy are all necessary traits you will need to be able to work with a client who might be unintentionally reinforcing unwanted behaviors in their dogs. Taking the time to formulate your strategy in advance will prepare you for these interactions, and ultimately, will lead to better outcomes – for you, the owner, and the dog.