A police K9 perimeter can be an excellent use of a police K9 resource. Police dog teams can help keep the area secure, both inside and out. A fleeing suspect from a building would have little chance of crossing a police K9 perimeter in order to escape, while bystanders and curious onlookers would be kept out of harms way by the presence of the police K9 team.

Not all police k9s are good candidates for SWAT entry.  It is an incredibly demanding role, and many have not had SWAT-specific training nor have they been socialized to the extreme environment in which SWAT works.  That does not mean there is no place for a police K9 team during a crisis.  In fact, they are often better utilized on the perimeter.  A police K9 perimeter cuts down on the number of officers required to establish the perimeter, and frees them to focus on and assist with the activity inside.

Police K9 perimeters are useful in a variety of situations, including:

Barricaded subjects can frequently behave unpredictably, particularly when hostages are involved, and the presence of a police K9 as part of the entry team could disrupt the delicate situation causing the suspect to harm himself or his hostages.  A police K9 perimeter keeps the area secure, without posing a direct threat to the barricaded subject allowing police negotiators to attempt a peaceful resolution.

While police K9s are frequently used successfully in conducting building searches, they may not always be the best choice for clearing a space.  A building with multiple points of entry and exit will need to be secured.  Securing a large building or space takes up valuable resources and requires a greater number of boots on the ground.  A police K9 perimeter serves the purpose of securing the area around the building with fewer officers, allowing teams to engage in searching and clearing the building without fear the subject may flee from another side.  A police K9 perimeter team is in a good position to pursue a fleeing suspect. 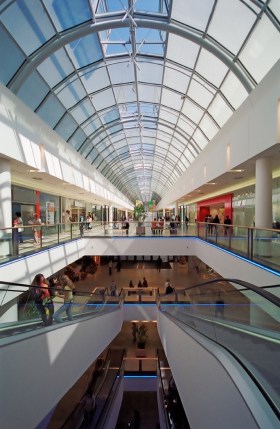 Rapid response situations can include school or mall shootings, or other crises that arise unexpectedly.  As the title suggests, these are circumstances which demand a speedy and thorough response from law enforcement in order to limit casualties or damage.  A police K9 perimeter can be set up rapidly during a period when timing is critical.  With a secure perimeter, first responders can engage in assisting victims or neutralizing threats.

There are many uses for police K9 teams during routine police work as well as crisis response, and police k9 perimeter work is just one. At our School for Dog Trainers we focus on teaching our students and handlers the fundamentals of working with police K9s.  Through our courses they learn to read their dogs, to trust them, and understand both their capabilities and limitations.  If you are interested in learning more about this exciting work, please contact us at 866.200.2207 or email us